That one simple kiss slayed him as nothing in his very, very long life had ever done. It physically hurt him to release her and turn his back on everything she offered, but it was for the best.

A KING WHO WALKS IN DARKNESS

The Rhys who has existed for centuries is gone. END_OF_DOCUMENT_TOKEN_TO_BE_REPLACED

The unveiling of a set of priceless illustrations of Dante’s Divine Comedy at the Uffizi Gallery exposes the unsuspecting Professor Gabriel Emerson and his beloved wife, Julianne, to a mysterious and dangerous enemy.

Unbeknownst to the Professor, the illustrations he secretly acquired years ago were stolen a century earlier from the ruler of Florence’s underworld. Now one of the most dangerous beings in Italy is determined to reclaim his prized artwork and exact revenge on the Emersons, but not before he uncovers something disturbing about Julianne …

Set in the city of Florence, “The Prince” is a prequel novella to “The Raven,” which is the first book in the new Florentine Series Trilogy by Sylvain Reynard.

“The Prince” can be read as a standalone but readers of The Gabriel Series may be curious about the connection between The Professor’s world and the dark, secret underworld of “The Prince.”

END_OF_DOCUMENT_TOKEN_TO_BE_REPLACED

The Raven
by Sylvain Reynard
Blurb:
From the New York Times bestselling author of the Gabriel Series comes a dark, sensual tale of romance in a city shrouded in mystery…
Raven Wood spends her days at Florence’s Uffizi Gallery restoring fine works of Renaissance art. But an innocent walk home after an evening with friends changes her life forever. When she intervenes in the senseless beating of a homeless man, his attackers turn on her, dragging her into an alley. Raven is only semi-conscious when their assault is interrupted by a cacophony of growls followed by her attacker’s screams. Mercifully, she blacks out, but not before catching a glimpse of a shadowy figure who whispers to her…
Cassita vulneratus.
When Raven awakes, she is inexplicably changed. She returns to the Uffizi, but no one recognizes her and more disturbingly, she discovers that she’s been absent an entire week. With no recollection of the events leading up to her disappearance, Raven also learns that her absence coincides with one of the largest robberies in Uffizi history – the theft of a set of priceless Botticelli illustrations. When the baffled police force identifies her as its prime suspect, Raven is desperate to clear her name. She seeks out one of Florence’s wealthiest and elusive men in an attempt to uncover the truth about her disappearance. Their encounter leads Raven to a dark underworld whose inhabitants kill to keep their secrets…

Release Date:
Early 2015
About the Author
I’m interested in the way literature can help us explore aspects of the human condition – particularly suffering, sex, love, faith, and redemption. My favourite stories are those in which a character takes a journey, either a physical journey to a new and exciting place, or a personal journey in which he or she learns something about himself/herself.
I’m also interested in how aesthetic elements such as art, architecture, and music can be used to tell a story or to illuminate the traits of a particular character. In my writing, I combine all of these elements with the themes of redemption, forgiveness, and the transformative power of goodness.
I try to use my platform as an author to raise awareness about the following charities: Now I Lay Me Down to Sleep Foundation, WorldVision, Alex’s Lemonade Stand, and Covenant House. For more information, see my Twitter account.
You can find Sylvain at

In this second rousing tale in the Chiasson series, New York Times bestselling author Donna Grant delivers a scorching story about a woman running from her past and the only man who can save her.

Ava Ledet has had a hard time forgiving her father for walking out on her to hunt the supernatural. When Ava returns to the bayous to visit a friend and attempt to gain some closure, she’s confronted by the ghosts of her past. Unfortunately, that’s not the only darkness descending upon her. An evil unlike anything she’s ever encountered has focused on her, and she’s forced to put her life in the hands of a handsome hunter if she’s to live another day.

Gorgeous, loyal Lincoln Chiasson always has his brothers’ backs, and when his cousin from New Orleans needs his help after being cursed by a Voodoo priestess, he’s among the first to offer assistance. Until he sets eyes on Ava. After that, protecting her becomes more important than anything. Or anyone. But can he win her trust – and her love – while keeping her safe from his family?

Lincoln wanted to forget the haunting beauty that was Ava Ledet, with her long, wavy auburn hair and unusual amber eyes. She walked fluidly, almost as if she glided upon air.
She had the look of a city girl, but there was something in the way that she gazed longingly at the bayou. Then there was her creamy skin, only accentuated by the black shirt that molded to her pert breasts. And, of course, her tight white pants.
Lincoln watched her help Olivia clear the table, and bit back a moan as she bent over and he got a view of her breasts when her collar dipped.
“She’s very pretty,” Beau said as he walked up and handed Lincoln a beer.
“Yep.”
Pretty was like calling the Grand Canyon a hole in the ground. Ava was…enthralling, spellbinding. Captivating.
She was calm and easy-going now, but he would wager his best knives that she had a temper to go with that hair of hers. Her face was that of an angel, with her high cheekbones and wide, expressive eyes. But her sensual mouth and tempting curves hinted at a sexier side that Lincoln itched to bring out of her.
“Are you laying claim, because I’m definitely interested,” Beau said.
Lincoln paused with his beer half way to his lips, and slanted a glare at his youngest brother.
Beau chuckled and shook his head. “I get the point, Linc. Stop with the look. By the way, who called earlier? You looked upset.”
Shit. How could he have forgotten about Solomon’s call? As his gaze once more snagged on Ava, he knew exactly why he had forgotten.
“Is it bad?” Beau asked.
“Bad enough. I can’t exactly tell the family with Ava here.”
Beau rubbed his jaw. “Christian brought her bag into the house. Is she staying?”
“I hope to hell not.” For several reasons. The main one being that Lincoln didn’t think he could keep his distance from her.

New York Times and USA Today bestselling author Donna Grant has been praised for her „totally addictive“ and „unique and sensual“ stories. She’s the author of more than twenty novels spanning multiple genres of romance. Her latest acclaimed series, Dark Warriors, features a thrilling combination of Druids, primeval gods, and immortal Highlanders who are dark, dangerous, and irresistible. She lives with her husband, two children, a dog, and three cats in Texas.

Olivia Breaux left the small Cajun town the day of her high school graduation and never looked back. Until an unfortunate event sends her home ten years later. Returning to her hometown brings back memories and long held desires for the impossibly gorgeous – and aloof – Vincent.

Handsome, resilient Vincent Chiasson takes his job as hunter to supernatural beings in the bayous seriously. When an unknown creature begins killing women the Chiasson family has contact with, Vincent knows this has something to do with his parents’ deaths years earlier. To make matters worse, the one woman he’s yearned to call his own has returned – and is targeted by the beast. He’ll have to face his past – and confront his future – to save Olivia… 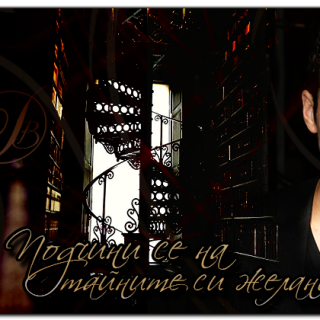 Blog for our forum